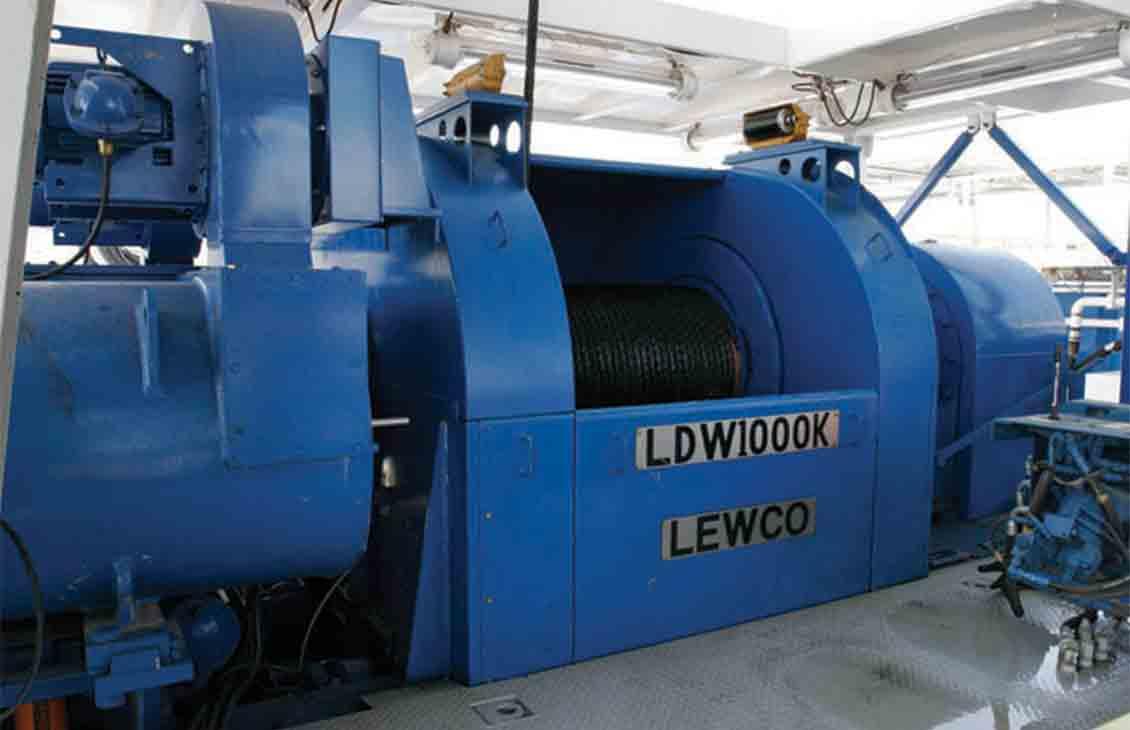 A modern DRAWWORKS  consists of five main parts: the drum, the power source, the reduction gear, the brake, and the auxiliary brake. The apparatus can be powered by AC or DC, or the DRAWWORKS may be connected directly to internal combustion engines using metal chain-like belts. The number of gears could be one, two or three speed combinations. The main brake, usually operated manually by a long handle, may be a friction band brake, a disc brake or a modified clutch. It serves as a parking brake when no motion is desired. The auxiliary brake is connected to the drum, and absorbs the energy released as heavy loads are lowered. This brake may use eddy current rotors or water-turbine-like apparatus to convert the kinetic energy of the moving load to heat and dissipate it.

Power catheads (winches) located on each side provide the means of actuating the tongs used to couple and uncouple threaded pipe members. Outboard catheads can be used manually with ropes for various small hoisting jobs around the rig.

The DRAWWORKS  often has a pulley drive arrangement on the front side to provide turning power to the rotary table, although on many rigs the rotary table is independently powered.

The DRAWWORKS  is used to hoist or lower several hundred thousand pounds of weight and comes in AC, DC or mechanical power units. Horsepower ratings for DRAWWORKS  can also have a wide range, often ranging from 1000 HP to over 3000 HP.[1]