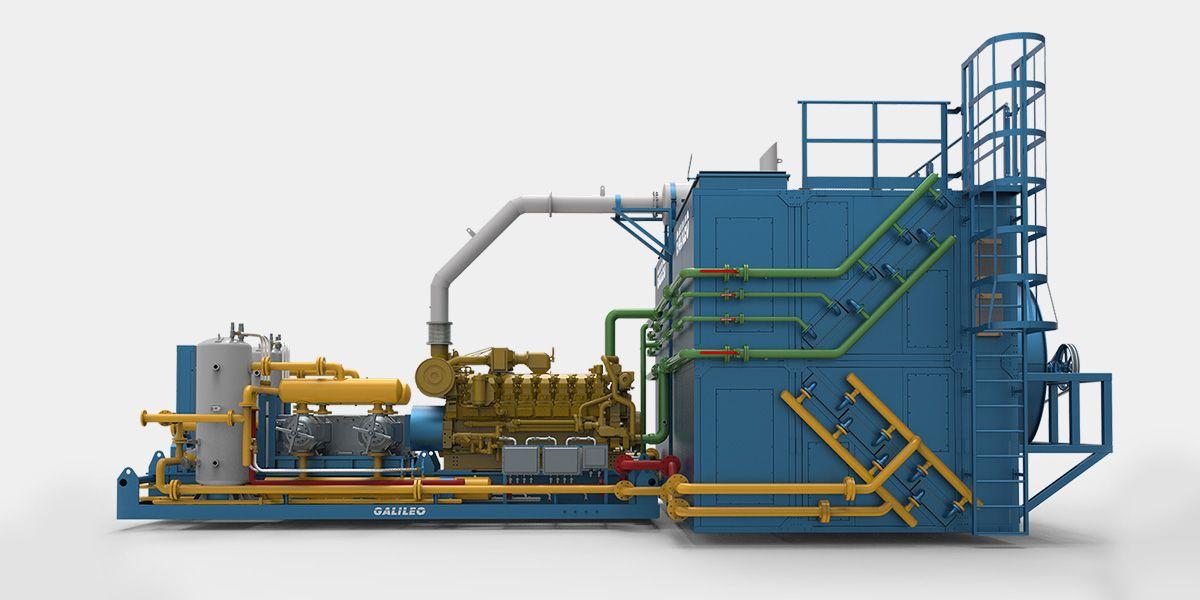 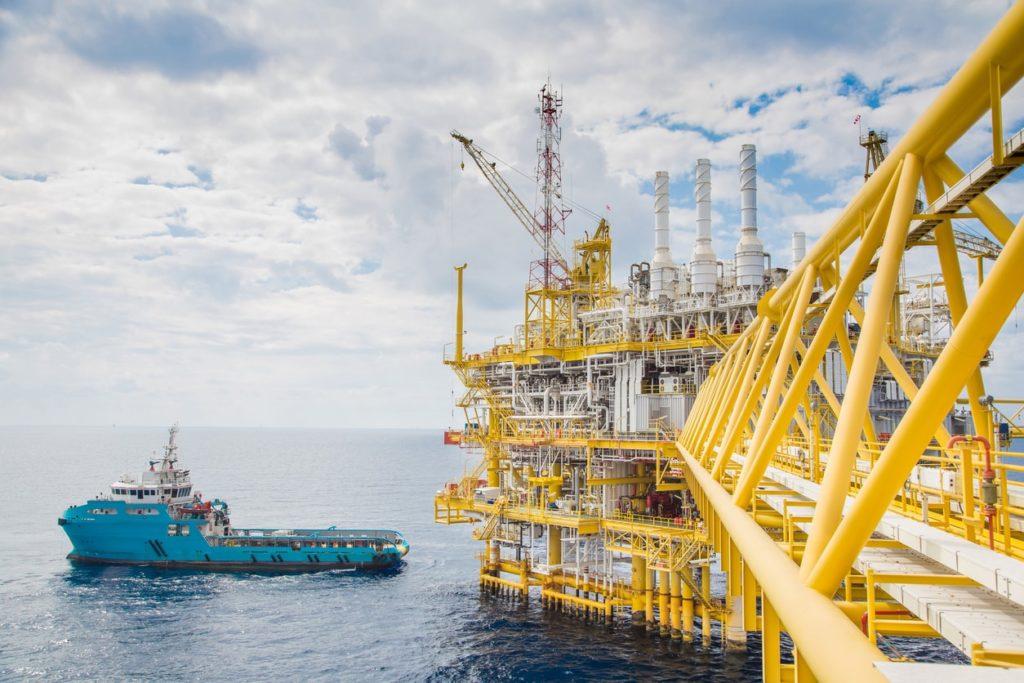 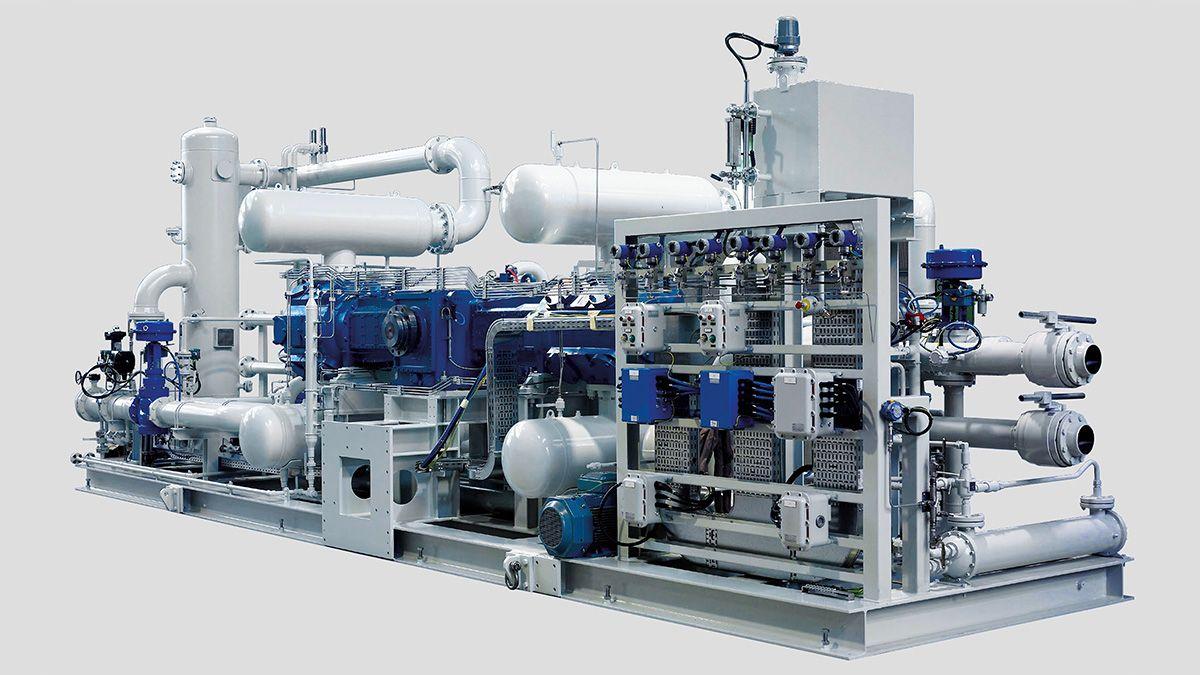 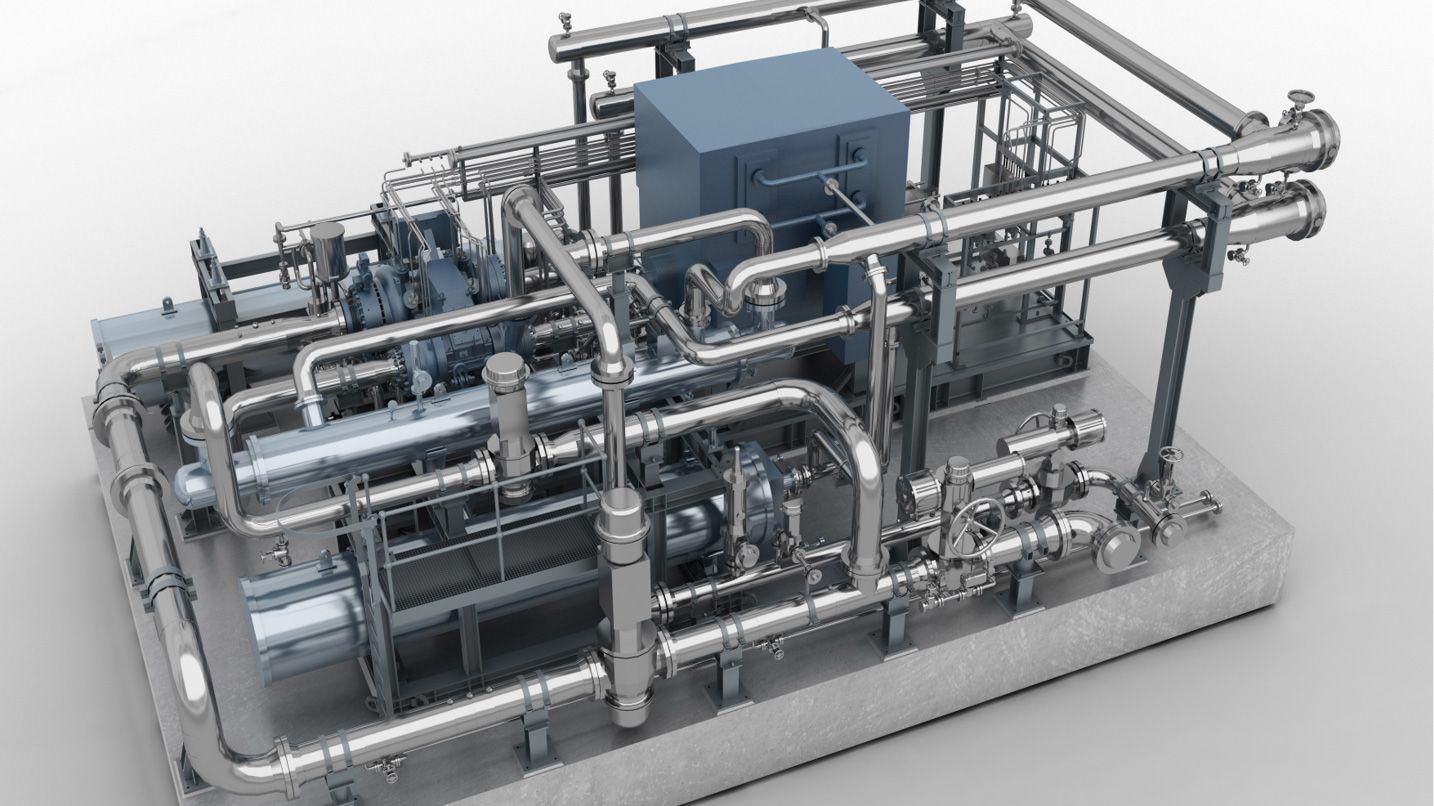 Compressors on ships are closely related to pumps and are found on every ship and are used in a variety of applications. A compressor is merely a pump designed to move air or gases than a liquid but whereas a pump is complete on its own, a compressor is usually twinned with an air receiver where the compressed air is stored until needed.

The exceptions to this are the compressors used in cold rooms, refrigeration and air-conditioning systems which work with refrigerant gases rather than air. One other exception that is quite niche is on LNG carriers with reliquefaction capability.

On these ships it is necessary to reliquify any of the boil off gas that is not needed for use as fuel and return it to the cargo tanks.

Explaining the technology of compressors on ships

The basic technology used in compressors is mostly identical to that used in pumps and centrifugal, gear, screw and piston types will all be found in ship board applications.

Another variation less used in pumps is the scroll type that is mainly used for refrigeration and air-condition but is also used in other applications. This type of compressor has one scroll or spiral orbiting in path defined by a matching fixed scroll.

The scroll geometry may be involute, Archimedean spiral, or hybrid curves. The fixed scroll is attached to the compressor body. The orbiting scroll is interleaved with the fixed scroll but coupled to the crankshaft in orbit rather than rotated.

The orbiting motion creates a series of gas pockets traveling between the two scrolls. On the outer portion of the scroll the pockets draw in gas then move it to centre of the scroll where it is discharged.

As the gas moves in the increasing smaller inner pocket, the temperature and pressure increase to the desired discharged pressure. A similar system operated in reverse is the concept behind many air tools and mechanical devices. An advantage of this type of compressor is the quiet operation and the oil-free air it produces. Since there are few moving parts and there is no oil, maintenance is very easy.

As with pumps, compressors require a motor to drive them and various options are found on ships. Hydraulic, electric and diesel driven motors are common. Compressors also need cooling and those found on ships will be a mix of air-cooled and water-cooled depending upon their application.

In recent years, compressor makers have been obliged to design their products with energy saving very much in mind. Today most offer models with variable speed drives that reduce the energy requirement depending on volume air demand.

The quality of air needed varies by usage and as a consequence there are models that have air drying and oil removal functions when necessary.

Ships require plenty of compressed air for a variety of purposes. Arguably the most import purpose is for starting auxiliary engines but when engines are running or not needed, compressed air is needed for operating tools, operating the ship’s whistle, for hydrophore tanks used to maintain pressure in sea and fresh water systems and for opening and closing valves.

The main compressors for supplying starting air are used to fill air bottles or receivers with sufficient compressed air to turn over the main engine until the engine is turning fast enough for the fuels system to cut in and take over running the engine.

The air is stored at pressures of between 25-30bar and SOLAS requires that there is sufficient air for 12 starting attempts for engines without reduction gearboxes and six starting attempts for vessels with reduction gearboxes. The difference being that the direct drive systems are likely to be much larger engines with a higher inertia to overcome.

Compressors are a major component in refrigeration systems on board ships including those used in air-conditioning systems as well as for food storage and cargo cooling in certain ship types. The gas in these systems is not air but a refrigerant gas.

Until very recently Freon or R22 was used but this was banned from 2015 and since then various alternatives have been used. In some cases, the phase out of R22 has required a complete replacement of refrigeration systems on vessels.

Some of the alternative gases are also now being described as undesirable because of their potential as greenhouse gases.